The three main features of PCOS are

When ovaries don't ovulate regularly leading to irregular periods, if ovulation doesn’t occur at all it may lead to prolonged absence of menses.

High levels of "male hormones" in woman’s body, which may cause physical signs such as excess facial or body hair called as hirsutism. 3. Polycystic ovaries – In PCOS, ovaries become enlarged and contain many fluid-filled sacs (follicles) which surround the eggs .it's important to note that, despite the name, if you have PCOS you don't actually have cysts.

If lady have at least two of these features you may be diagnosed with PCOS.

Poly Cystic ovaries contain a large number of harmless follicles that are up to 8mm in size. The follicles are under-developed sacs in which eggs develop. In PCOS, these sacs are often unable to release an egg, which means that ovulation doesn’t take place. It’s difficult to know exactly how many women have PCOS, but it’s thought to be very common affecting about one in every five women in the India, more in urban population. More than half of these women don’t have any symptoms.

If a woman does have signs and symptoms of PCOS, she’ll usually become apparent during your late teens or early twenties. They can include:

. irregular periods or no periods at all
. difficulty getting pregnant as a result of irregular ovulation or failure to ovulate
. excessive hair growth (hirsutism) – usually on the face, chest, back or buttocks
. weight gain
. thinning hair and hair loss from the head
. oily skin or acne

PCOS is also associated with an increased risk of developing health problems in later life, such as type 2 diabetes and high cholesterol levels.

The exact cause of PCOS is unknown, but it often runs in families. It’s related to abnormal hormone levels in the body, including high levels of insulin.
Insulin is a hormone that controls sugar levels in the body. Many women with PCOS are resistant to the action of insulin in their body and produce higher levels of insulin to overcome this.
This contributes to the increased production and activity of hormones such as testosterone. Being overweight or obese also increases the amount of insulin in body.

Poly Cystic Ovarian Syndrome (PCOS) can’t be cured, but the symptoms can be managed. Treatment options can vary because someone with PCOS may experience a range of symptoms, or just one.

The main treatment options are as below.

In overweight women, the symptoms and overall risk of developing long-term health problems from PCOS can be greatly improved by losing excess weight. Weight loss of just 5% can lead to a significant improvement in PCOS.
One can find out whether you’re a healthy weight by calculating body mass index (BMI), which is a measurement of your weight in relation to your height. A normal BMI is 18.5-24.9.
One can lose weight by exercising regularly and having a healthy, balanced diet. Your diet should include plenty of fruit and vegetables, (at least five portions a day), whole foods (such as wholemeal bread, wholegrain cereals and brown rice), lean meats, fish and chicken. Dietician’s advice will help to control weight.

A number of medications are available to treat different symptoms associated with PCOS.

The contraceptive pill may be recommended to induce regular periods, or periods may be induced using an intermittent course of progestogen tablets.
This will also reduce the long-term risk of developing cancer of the womb lining (endometrial cancer) associated with not having regular periods.

Most women with PCOS are able to get pregnant with treatment. Before starting fertility drugs like tablets or injections, we generally do complete work up of the couple to find out if there is any other abnormality which may lead fertility problem.

The majority of women can be successfully treated with a short course of tablets taken at the beginning of each cycle for three to six cycles. If these aren’t successful, we give gonadotrophin injections or IVF treatment. There’s an increased risk of multiple pregnancy (rarely more than twins) with these treatments.

A medication called clomifene is usually the first treatment recommended for women with PCOS who are trying to get pregnant. Clomifene encourages the monthly release of an egg from the ovaries (ovulation). If clomifene is unsuccessful in encouraging ovulation, another medication called metformin is also recommended. Metformin is usually used to treat type 2 diabetes, but it can also lower insulin and blood sugar levels in women with PCOS.

As well as stimulating ovulation, encouraging regular monthly periods and lowering the risk of miscarriage, metformin can also have other, long-term health benefits, such as lowering high cholesterol levels and reducing the risk of heart disease.

Letrozole and tamoxifen are also used to stimulate ovulation instead of clomifene. These medications can also be used for treating breast cancer. If woman is unable to get pregnant despite taking oral medications like clomifene or letrozol, we recommend a different type of medication called gonadotrophins. Gonadotrophins are actually hormones from different sources, which stimulate ovaries to form eggs. These are given by injection and there’s a higher risk that they may overstimulate ovaries and lead to multiple pregnancies.

An alternative to gonadotrophins is a surgical procedure called laparoscopic ovarian drilling. This treatment can be as effective as using gonadotrophins, but it doesn’t increase risk of multiple pregnancies.

Laparoscopic ovarian drilling is a minor surgical procedure as a treatment option for fertility problems associated with PCOS.

The surgery is done under general anaesthesia. We make a small cut of 1 cm at or around belly button (umbilicus) and pass laparoscope through it. Two small 5 mm cuts are made on either side in lower abdomen and the ovaries are then be surgically treated using mono-polar current to destroy the tissue that’s producing androgens (male hormones). Before doing ovarian drilling, we generally do hysteroscopy to see interior of uterus and check the fallopian tubes, if they are open or not.

LOD has been found to lower levels of testosterone and luteinising hormone (LH) and raise levels of follicle-stimulating hormone (FSH). This corrects hormone imbalance and can restore the normal function of ovaries. 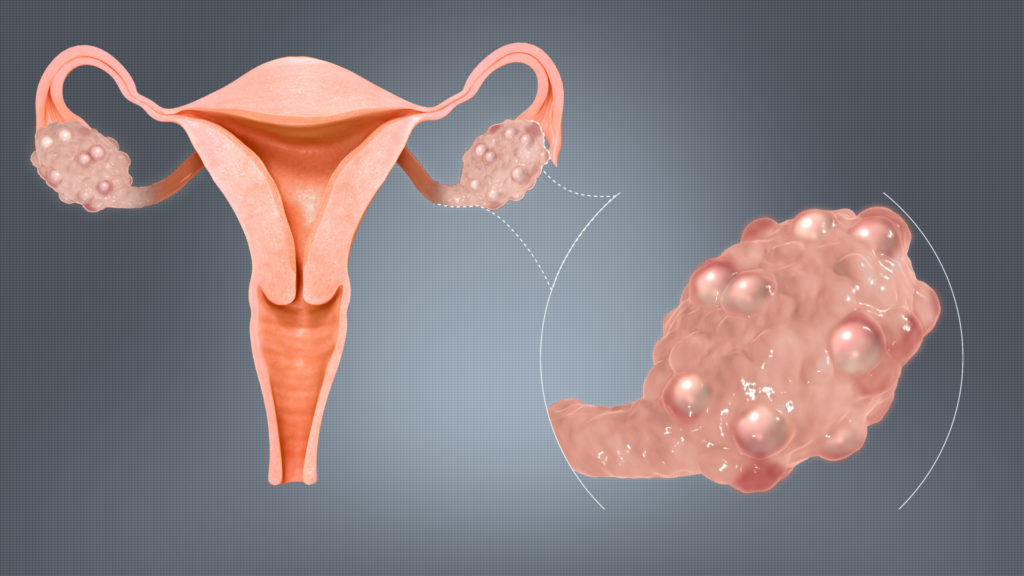